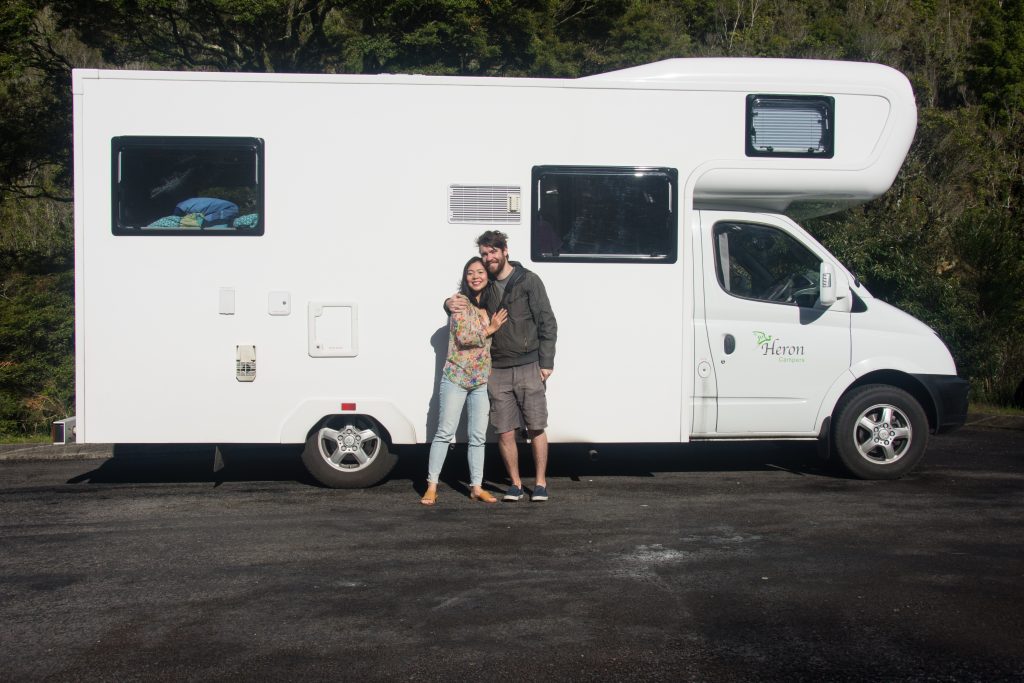 Last year was a crazy year full of big events and firsts. We got married, we bought our first house, Kyler’s company launched their first game, and we traveled to the southern hemisphere for the first time. I put Kyler in charge of our honeymoon and told him to completely surprise me. I didn’t want to know where we were going until we got to the airport. I had someec guesses beforehand, but there was one really big slip-up that kind of gave it away. We were supposed to fly in to New Zealand the day after the big earthquake hit in November and Kyler was freaking out, calling what I later learned was the camper rental company trying to get information about whether or not our trip was even still feasible.

Turns out, everything was pretty much normal when we arrived. There was just a small section of the South Island, north of Christchurch, that had really bad roads and mudslides and the camper Kyler originally booked for us was stuck there with no way to get back to Christchurch. But the company hooked us up with another one that seemed even nicer so it all worked out. There were no really signs of any earthquake damage or trouble anywhere we went, although some of the tourist sites were closed or had sections that were closed off for precautionary reasons.

We drove ourselves down and back up through the South Island, took a ferry to Wellington and did a quick tour of the North Island before flying out of Auckland. We were there for about two and a half weeks and if I have any advice, it’s that you should probably set aside a good three weeks or more if you really want to explore all of the country. We didn’t have time to hit all the spots of interests, but still saw a fair amount. And I highly, highly recommend renting a camper to drive yourself around to see everything that’s worth seeing!

Most of the beauty and interesting aspects of the country are out in nature and it’s not the easiest place to get around without driving. And New Zealand seems like a very camping-friendly place! There are tons of campgrounds that cater to campers and RVs and even designated free camping zones here and there.

The diversity of the country amazed me. We’d be hiking to a glacier face or by a snowy mountain one day and the next, we were ambling through a rain forest or geothermal park before stumbling upon a seal colony and some stray yellow-eyed penguins. I’ve said before that I’m not a huge nature person, but I loved the natural side of New Zealand a lot. I daresay I even learned to love camping! I mean, we had a fancy camper with us, but baby steps.

Thanks to Kyler for letting me publish some of his photos on this post! Although I pride myself in taking most of my own photos, he’s the man behind the camera in most of my fashion posts (it’s really hard to focus the camera by yourself!) and he takes amazing travel photos too.

And no, we did not visit Hobbiton. To be honest, I don’t care much for Lord of the Rings. I don’t hate it, but it was not on my priority list of things to visit. I left it up to Kyler to decide if we should go or not and he decided not to.

What do you think? Did we make a big mistake by not visiting Hobbiton??? If you’ve been to New Zealand, what was your favourite part? I’d love to know!