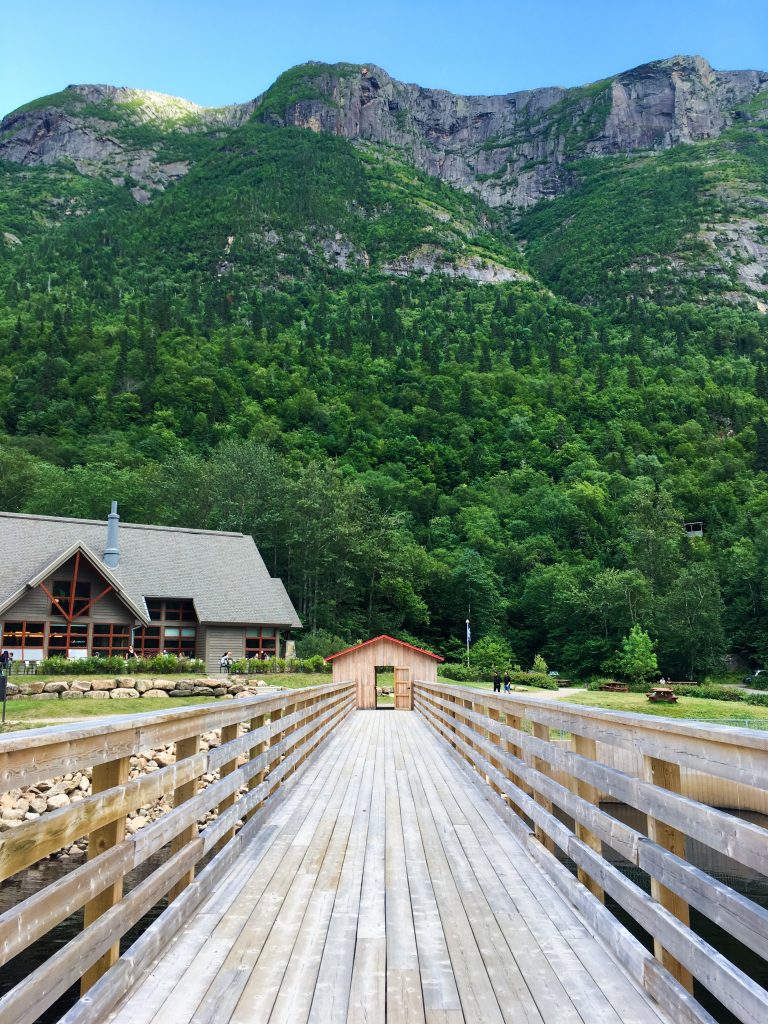 This past weekend, Kyler and I went camping for the first time since moving to Quebec, almost a decade ago. To be honest, I was never a huge nature/hiking lover, but our honeymoon in New Zealand last year has awoken in me, a newfound appreciation for the great outdoors. I insisted we go camping at Parc National des Hautes-Gorges-de-la-Rivière-Malbaie, one of Quebec’s provincial parks. And what a beautiful park it was!

The park’s main attraction is a collection of tree-covered mountains and valleys with the Rivière Malbaie running through them. We were able to get a campsite at the Pin-Blanc campgrounds right by the river. It was a lot colder than we thought it would be, but that made my favourite part of camping all the more enjoyable: the campfire!

The main event, so to speak, was l’Acropole des Draveurs, quite a difficult hike that I also underestimated, up to the summit of one of the peaks around the river. The first kilometer or so was incredibly steep with an uneven and rocky path. But there were several breathtaking viewpoints along the way.

The ascent of about 800 meters also ended without a real path. We had to literally scramble with hands and feet on huge rocks to reach the summit. It was an intense three hours up to the top and another two hours down. I kind of couldn’t believe I did it. My whole body is in so much pain!

On the way back to Montreal, since we had to pass by Quebec City, we decided to spend a few hours wandering around the old town. Neither of us had ever been to Quebec City, so we thought it was about time. As you can probably tell, I was quite enchanted by the building facades and window boxes.

Although I will undoubtedly spend the next few days in total-body pain from having such a full weekend, it was a fantastic little getaway nonetheless.

Do you have any camping recommendations? Preferably, closer to Montreal next time…