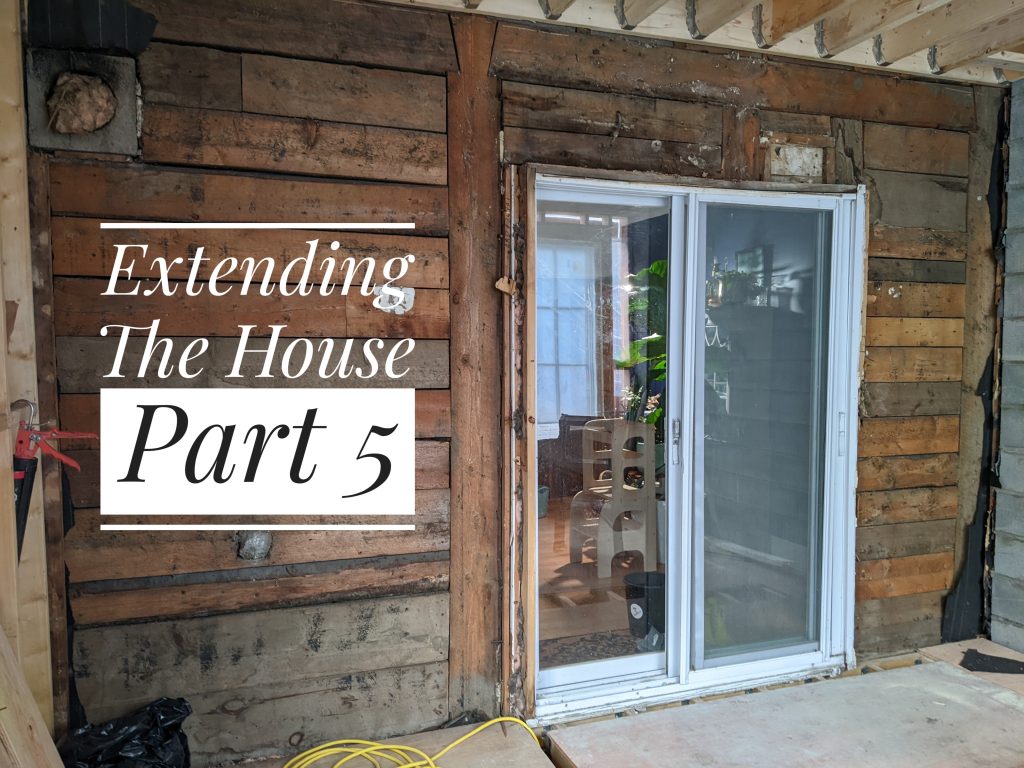 I’m sorry if you’re tired of renovation content! Only three things have been dominating my life these past few months (the extension, being extremely pregnant, and having a toddler) I have literally nothing else to blog about! But listen, there have been some exciting developments.

First, the windows and French doors have been installed! All except one on the second floor, so that our contractor can easily get into the room from the outside and move materials up there. I’m not gonna lie, this colonial style of window was not my first choice. I originally wanted transom windows where the transom would have a diamond pattern and the bottom casement portion would just be a clear piece of glass with no grills. Kind of like this:

But apparently, I have very expensive taste because that would have been, well, incredibly expensive! So I kind of “settled” for the colonial style windows, which after thinking about it, suit our house and my aesthetic much better.

My garden style has always been more cottagey, rather than formal, and my design style in general leans much more vintage/rustic/French farmhouse, rather than extravagant/glam. I definitely throw in some classy elements here and there, but in the end, I think the colonial style windows offer a good balance of cozy, vintage cottage vibes and classy estate.

Around this time, a mason also installed the fire wall on the side of the extension that is right up against our neighbour’s house. It’s really incredible seeing how much of the house building process remains manual in this day and age. It took him (and another worker after a day or two of working alone) several days to complete the wall.

Then came the roofing! Not in time for a few torrential downpours, of course, but what can you do? We’ve had the rainiest June in recent memory, and yes, there was some water infiltration and many buckets that were filled. All part of having a house that’s pretty much open to the elements, I guess!

From there, they opened up the dining room wall, which was a very exciting day! As always when you bust through walls of an old house, you never know what you’re gonna find. In our case, there was some beautiful old wood that we managed to salvage. We have plans to make something out of some of the best pieces, maybe a shelf or something. I think it’s so cool to reuse decades-old pieces of your house in other ways rather than just discarding all that history when you renovate.

And you also end up finding weird things that even your professional contractor can’t explain! Like this odd concrete vertical beam thing in the middle of the wall next to the main drain pipe of the house.

We still have no clue what it was made for. It’s not structural, definitely not holding anything up. The bottom is just made of wood! If you have any idea what this thing is, please let me know!

Anyway, that’s gone now and our main drain has been rerouted to a new location so the whole space could be open.

Our contractor was also working on the interior framing of the basement bathroom during this time, so that the plumbing and electrical could get started.

The plumber ended up pretty much replacing all of our ancient metal pipes. We have no idea how old it all was, but we have had one incident where the main drain was leaking so badly, mold started growing in the basement, so yeah. About time to replace it all!

I realize a lot of people might have messy homes as the norm, and this is no shade to you guys, but this is not normal for me! I am extremely organized and averse to clutter, so for me, it feels like living in chaos. I even tripped on a chair and fell into a bar cart at one point!

With the supply chain/delivery issues everyone’s been experiencing, we’ve been holding off on ordering fixtures and finishings for as long as we comfortably can, but at some point, if you have an item in mind, you gotta get on that ordering lest it go out of stock for months or take forever to be delivered. So our house is currently mostly piles of stuff and random things tucked into wherever they will fit.

By the way, if you’re planning a renovation, especially if it involves any kind of wood, get on the ordering/buying right now!!! We ordered some hardwood flooring for my new office from Home Depot probably two months ago, and it’s still stuck somewhere that is unknown to both us and Home Depot. We don’t even know if it’s in the country yet!

But speaking of my new office, they also opened up our bedroom wall and have done the most finishing work in this space in particular. We and our contractor want to finish this room as much as possible before the new baby gets here since it’s kind of attached to our bedroom. Luckily, they’ve managed to make a ton of progress!

They’ve insulated it, built a bulkhead for the pipes/HVAC, and installed the drywall. Next is painting, putting in the missing window (that’s how our contractor’s been going in and out of the room) and installing the flooring (if it ever shows up!)

As of the writing of this post, they’ve started insulating the exterior and installing vapour barrier, and the house is getting more sealed to the outside, which is great considering we are entering the hottest part of the summer.

Of course I’m looking forward to the whole thing getting finished, but I’m most antsy about being able to open up the plastic barrier to the new parts of the house and being able to at least use the extra square footage for storage to make our actual living space, you know, livable!

It’s been pretty much exactly three months of reno work with no end in sight, and while I’m super happy we’re able to even work on such an extensive project at all, I’m getting a little tired of living in a construction zone. I can totally understand why some people rent alternate accommodations during renovations.

But I keep imagining the finished product and my enthusiasm is definitely renewed!