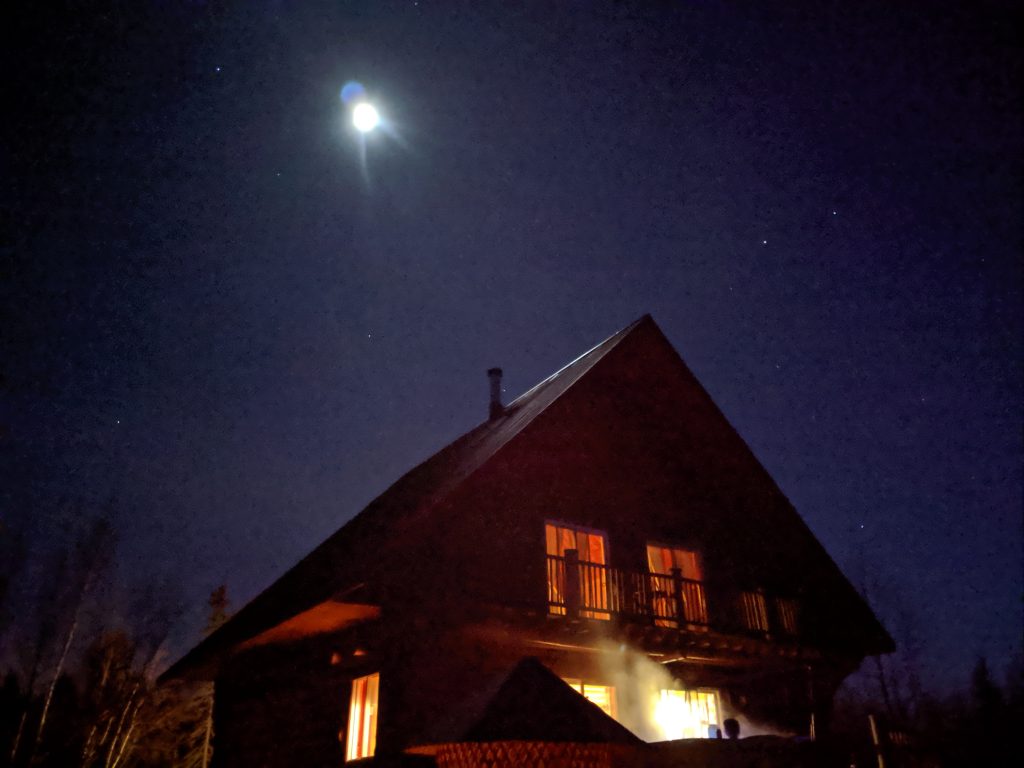 It’s the start of cabin/camping season and we were lucky enough to spend a weekend in the country at a quaint cabin a couple of hours outside of Montreal with some friends. Although it’s getting harder and harder for me to get around and find comfortable sitting/standing/lying down positions, we really thought of this as a kind of “last hurrah” before we dive headfirst into parenthood and wanted to make the most of it. 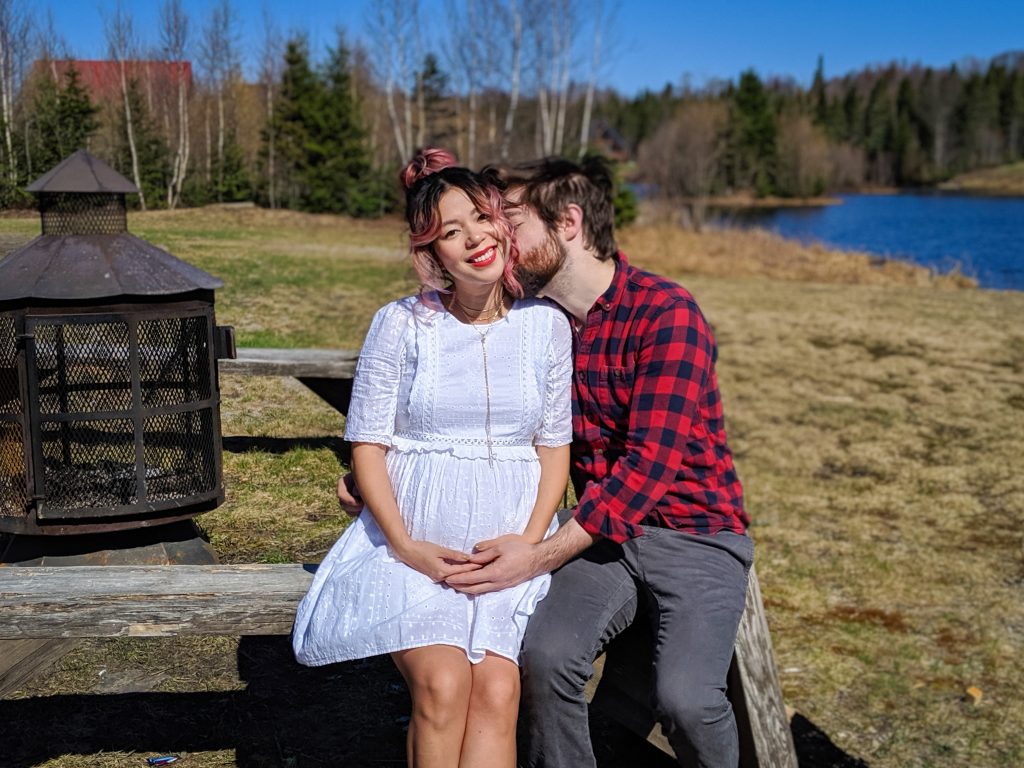 Not that I feel like we can’t get out and do fun stuff with a baby, but realistically, it just won’t be the same. And we might even find that we don’t want to stray too far from home for a while. Despite some bad weather, we were determined to make the most of it! We paddle-boated on the tiny private lake, camp-fired it up for hours under the twinkling stars….It was a grand old time!

Now to the fashion portion of the post….This is basically my impression of a city gal who wants to look like a simple farm girl, but has no intention of milking any cows or doing any kind of manual labour: 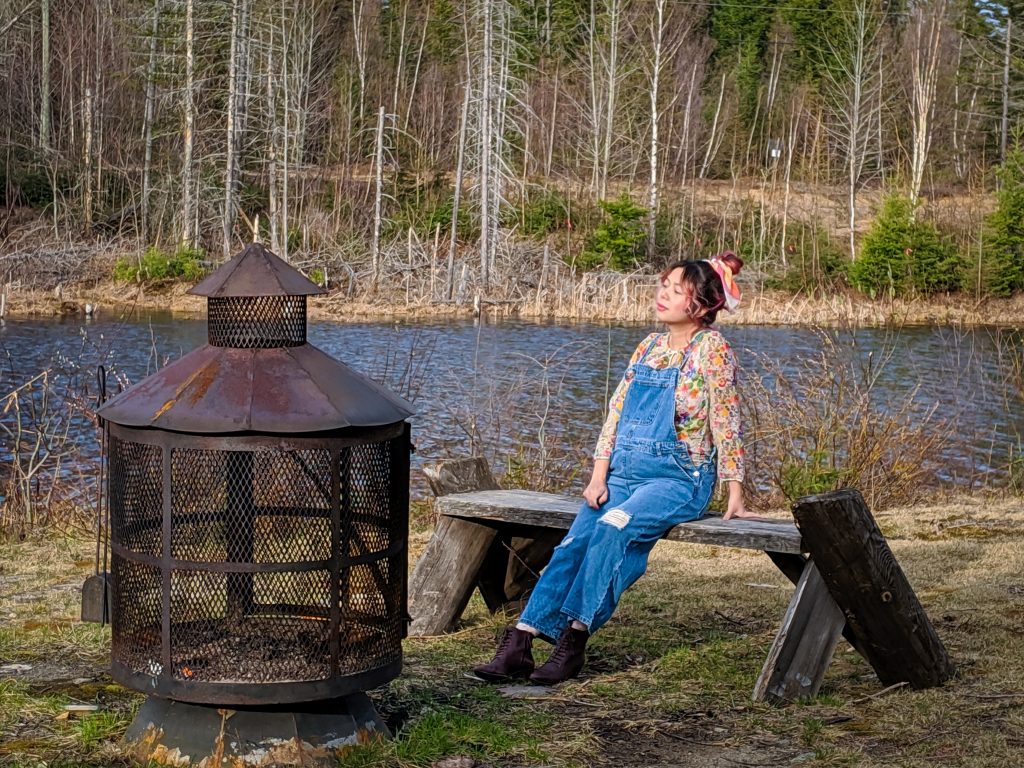 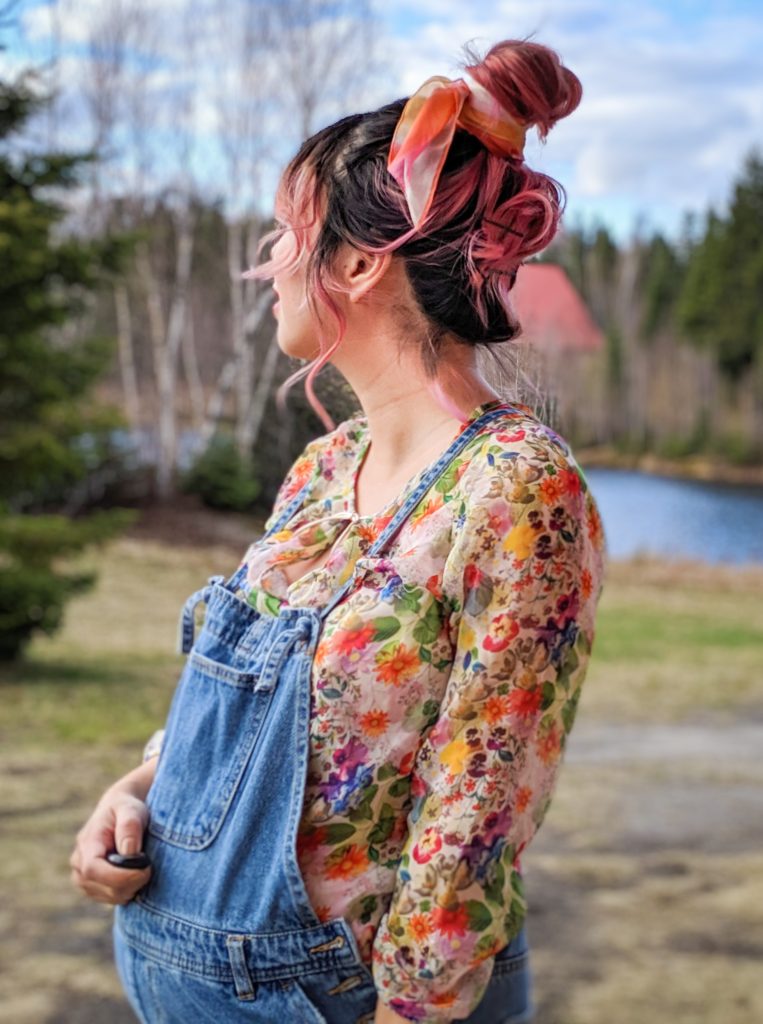 And now that I’ve offended every actual country girl out there, I have to give a shoutout to my favourite accessory of the season, the straw boater hat! I’ve been wearing this baby non-stop all season. It took me a few years, but I finally figured out the hat silhouette that works for my (apparently) weird head shape.

I think the back of my head is too flat so that most hats go down too low and end up looking slightly weird on me. But a boater hat is rigid and flat on top and will never conform to your head shape, so it kind of gives me the illusion of a more proportional head shape.

And finally, there’s the embroidered mini dress. If you ever want to hide your bump (or just your midsection in general) I highly recommend a good mini dress in a sort of trapeze/babydoll style. People won’t be able to figure out if your dress just kinda flares out a lot or if you’re trying to smuggle a watermelon into the movies. On the other hand, if you aren’t pregnant, it might make people think you are and that can also be kinda awkward….

Do you have any plans this long weekend Monday? I have a couple of outdoor projects in the works that I wanna get done before I really can’t get around well anymore. And we might take out the BBQ from the shed! It finally feels like spring around here!